Is Typed Clojure worth the trouble?

Working with types in Clojure 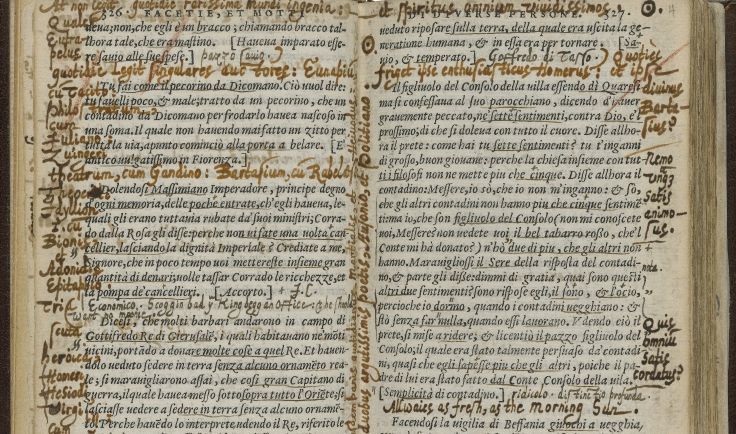 In this post I present some thoughts on working with Typed Clojure, what it offers to Clojure programs, how it fits in with the popular alternatives. It is not a core.typed tutorial, there are several of them available online, thus some basic understanding of core.typed terminology is assumed.

First of all, Typed Clojure and core.typed, what is the difference? Typed Clojure is an umbrella term for the project including core.typed (the type checker), annotated libraries, editor plugins etc. Core.typed can type check all of your (annotated) Clojure (and Clojurescript) code, and find bugs very early in your development cycle. It features local type inference, occurrence typing, nominal and structural typing via for instance heterogeneous maps, the latter giving you the ability to check for presence or absence of keys in a map. It allows you to be precise about what types are null-able, sizes of vectors etc. There is also support for higher level constructs such as typed core.async channels.

Typed Clojure is based on (optional) type annotations in your Clojure source files.

The annotations are used purely to type check your code. The Clojure compiler is completely unaware of the type annotations, they don't affect the generated code at all. This is of course a bit of a waste of effort, since the compiler could put the type information into good use and generate more efficient code. Nevertheless, having static type analysis of your code brings more benefits than potentially faster code. By introducing an optional type checker in a dynamic language, we get closer to a great compromise between the flexibility of dynamic languages and the raised level of confidence in the correctness of our code (if-it-compiles-it-works) afforded to strongly typed languages. The type annotations also serves as in-line documentation of the functions which is very helpful when the codebase (and team working with it) grows. Typed Clojure provides a interesting alternative to the discipline of writing lots of tests and adding run-time-checked contracts in your Clojure code in order to gain similar confidence of code quality.

Creating a type system for a dynamic language is hard problem, and thus core.typed come with a fair number of different type constructs that you will have to understand in order to be able to effectively write annotations. You have to deal with bounded polymorphic types, covariance, contravariance, higher-kinded types and stuff like type filters for occurrence typing. There are also details to keep in mind when annotating protocols, records and some of Clojure's looping constructs. Depending on your familiarity with type systems in general, expect to spend some time to reading up on these topics.

Clojure codebases typically rely on tests to verify the correctness of the code. Dynamic languages in general tend to depend more on tests than strongly typed languages. These tests come in many flavours, from example-based unit tests, through generative testing and all the way to integration and simulation testing. Having good test coverage of Clojure code brings many benefits, with a particularly important one being that a good test suites enables aggressive refactoring without having to understand or remember all run-time impacts and subtle bugs that might be introduced.

Another way of raising confidence in dynamically typed code is to introduce run-time checked contracts in your code. Where you put these contracts are typically flexible spanning from function argument level to IO boundaries such as database access or ring handlers. Prismatic/schema is a library that has gained popularity in the Clojure community and enables you to define schemas describing the shape of data and validate input/output on these contract boundaries. Other popular options are Clojure's built-in pre/post conditions and the core.contracts library.

The schema declarations are quite close to core.typed annotations and depending on your vantage point offer many of the benefits of a type checker. There are however some obvious differences: schemas are checked at run-time whereas type checking is done completely at compile time. core.typed also actually analyzes your Clojure code and find bugs inside functions rather than just adding run-time assertions.

One very useful feature of Prismatic/schema which core.typed does not have is called coercions. With this feature you can both validate your data structure and transform it to the desired state. This is particularly useful when validating input data from a database or ring request and doing all the string->int, kebab-casing etc in one step. The net effect being much less defensive code 'on the other side' of the coercer since you can rely on the exact shape of the data.

By using type annotations the reliance on example-based unit testing can be deemphasized, and more focus can be put on other forms of testing. It cannot however totally replace the need for run-time checks, and features like coercers are too good to trade away for just type annotations. Luckily schemas and type annotations can co-exist in a codebase, and since Prismatic/schema definitions and type annotations are so similar you can even write your schemas once and generate the core.typed annotations from them.

Where do all these annotations go and how much of them do you need? As a rule of thumb, type annotations will make up about 10% of your code. The var annotations should be placed just next to the definitions, to give the additional documentation benefit. You can (and should!) remove a lot of the repetition in the annotations by liberal use of type aliases. Done correctly these can be moved to separate namespaces and can serve a very concise and readable model of your domain.

How much this 'uglifies' your code is a subjective assessment, and different developers will have different levels of tolerance for these annotations. There are situations when core.typed will find its way deep into your functions, for instance when protocols, lambdas and common looping constructs are used. Again developer sensitivities will vary.

One problem that all type checkers suffer from is the clarity of its error messages. Since they operate at an abstract level, the error tends to become cryptic and hard to map to the concrete problem at hand. core.typed suffers from the same problem, but you will quite quickly learn to parse the different kinds of errors it produces.

In practice you will do the bulk of the interactions with core.typed from the REPL as you are writing code. The most common function is check-ns where all vars in a namespace and its depedencies will be checked. You should also incorporate lein-typed in build chain to check all namespaces regularly.

If you are thinking about adopting Typed Clojure chances are you already have a codebase with a bunch of tests, schemas and coercers. The first questions to answer is which part of you code do you start annotating, and do you aim for total or partial annotation coverage? Many factors are in play when making this decision: code size, team size, project maturity etc.

One way is to write annotations in the core part of your program, the business logic. This is the functions and datastructures that really have to be correct and that needs to be understood by the team of developers. You also want to enable alterations of this code with confidence that you haven't broken it. These are all very good reasons for adding static types to your code. The argument against annotating this part of your program (first) is that you probably already have good test coverage of these functions, and perhaps even schemas for the datastructures that are passed around.

Another way to proceed is to annotate parts of your codebase with little or no test coverage. This can be code that is hard or expensive to test, it might rely heavily on external service. A traditional approach would be to write mocks for these services, by using type annotations you can make do without mock-based testing. For example, CircleCI, one of the early adopters of Typed Clojure, added annotatons to devops code that was using the AWS SDK.

Either approach is valid, and I'd advise spending some time upfront thinking about where to start adding annotations. The trick is finding a body of code that is nicely isolated from the rest (with just a slim interface to other part), that you can fully annotate. This will allow you to reap the full rewards of core.typed without dealing with the drawbacks of a big surface area between typed / un-typed code. However you choose, you will need to sprinkle your code with some tc-ignore and ^:no-check for the parts of the code that are not yet annotated.

core.typed is complicated software, and still relatively new. Expect to find and work around bugs. Most of the popular libraries you are using lack core.typed annotations, so you are left with the choice of writing these annotations yourself or add tc-ignore, ^:no-check. None of these options are particularly appealing, but hopefully more and more libraries will get type annotations are core.typed will get more stable.

Furthermore, not all clojure.core functions have type annotations yet, sometimes because the function's correct type can't be correctly expressed. The existing core annotations are also improving; at the time of writing this post it's still not uncommon to be hindered by legacy and arguably inadequate annotations of core functions.

There are situations where, even with all of core.typed 'typing tools' at your disposal, you still can't give a Clojure fn / form a meaningful core.typed annotation. This is certainly disappointing when it happens but one needs to remember that core.typed (and Typed Racket on which is based upon) is an active research area. So even if it feels wrong to refactor Clojure code in order to make core.typed happy, there will be situations when you are forced to do so if you adopt a typed workflow.

Having said all that, it's still a very capable piece of software, and it performs well even with reasonably size codebases. The main maintainer Ambrose Bonnaire-Sergeant is very quick to respond to questions and is actively working on Typed Clojure. The core.typed mailing list is also a great place to look for help.

Typed Clojure is still under active development, and currently gradual typing is being added. This is a way for core.typed to (at run-time) enforce the type invariants when crossing the boundaries from type to untyped code. Interestingly with the introduction of run-time checks the overlap with Prismatic/schema become even bigger and hopefully the ability to reuse schemas/annotations for either tool will improve. Gradual typing will also help solve some of the problems you face when introducing core.typed in a non-typed codebase, as it will remove some of the need to tc-ignore all the functions at the border of your typed / un-typed code.

This demo of a typed REPL is a great example of what gradual typing in Clojure could look like.

The million dollar question, is Typed Clojure worth the trouble? My conclusion is yes; if you make the effort to add it to your code, and find your way around the bugs and few imperfect provided annotations the benefits you will gain will be worth it. The benefits are even greater if you are working in a team on a bigger codebase. This is a good time to have a serious look at Typed Clojure, given that it has had time to stabilize and the future additions of gradual typing is very exiting and will give your hard won annotations even greater power.

Finally a call to arms, if you are a maintainer of a library, please consider adding core.typed annotations to it. It will really help the usefulness and adoption of Typed Clojure. If you don't have time to add these annotations, ask for help, and please merge the pull request!