The EPL is not a Sensible Default 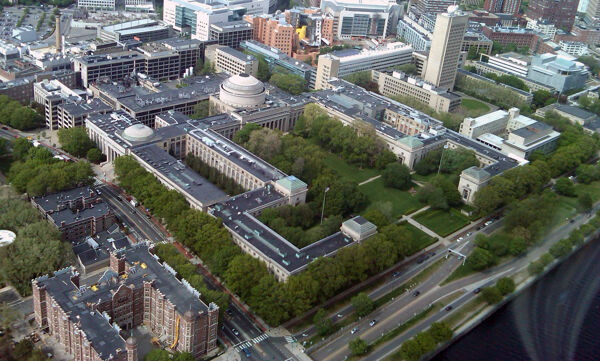 If you want to give anyone permission to use your code for any purpose, use the MIT License instead of the Eclipse Public License (EPL). The EPL has restrictions that make sense for Clojure Core but not for most libraries.

If your library is licensed EPL and someone wants to use your code in a GPL or MIT codebase, they must first contact you and get your permission to use your code because the EPL is not GPL- or MIT-compatible.

If your library is licensed EPL and you want to relicense your project in the future, you must request a copyright transfer from all external contributors or request their explicit permission to relicense the code they provided you.

The MIT License does not have either of these constraints.

It is common to see the following text at the bottom of READMEs in libraries from the Clojure ecosystem:

Distributed under the Eclipse Public License, the same as Clojure.

There is an implication worthy of deconstruction embedded in such a sentence. When we declare "we do X, the same as Clojure" what we’re really saying is "we use X because Clojure uses X." This sort of thinking makes sense if our constraints mirror Clojure’s constraints. Unfortunately, it’s very unlikely that they do.

Of course, if a project chooses a license based on agreement with similar choices made by the stewards of Clojure and Linux, that agreement suggests research and deep thought. But carefully considered actions and default actions share little intersection.

The EPL is a good choice for Clojure

Clojure can be thought of as a language, a runtime, base libraries, extension libraries, and toolkits. This collection of software uses the Eclipse Public License v1.0 (EPL-1.0). The license choice was deliberate. The choice of EPL was not a coincidence or a default.

Rather, among the available licenses, the EPL is the most appropriate weakly copyleft license for software intended for use in both open source systems and closed-source (proprietary-commercial) systems. Thanks to weak copyleft conditions, module-level (as described in the EPL, under the definition of "Contribution") derivative works must also be licensed EPL-1.0. This has two important consequences. One, it makes it illegal for software behemoths like Amazon and Apple to fork Clojure and release a closed-source competitor based on the original code. Two, it ensures all derivative works can be folded back into Clojure Core.

The EPL is a poor default

Clojure Core is not the only precious software project. A database might be precious. If you fear that Amazon will cannibalize your database, by all means, think hard about what license you choose. Perhaps the EPL is a good choice. Perhaps you want something more restrictive and the AGPLv3 makes sense for you.

New software has had no time to accrue value and a new software project, by definition, is not precious. Copyleft licenses, weak or strong, have costs. If the owner of a new project is not familiar with these costs, it makes sense to choose a license for its flexibility rather than its popularity.

The EPL is an inflexible license. It is not GPL-compatible. It is not MIT-compatible. Although the EPL is a popular license in the Java and Clojure ecosystems, it is sufficiently esoteric that it isn’t even mentioned on the choosealicense.com simplified list. When choosing the EPL as a license, a project author would be wise to consider these costs. Thus, for project authors who invest little energy in their license choices, the EPL makes a very poor default choice.

The MIT License is a sensible default

Code licensed under MIT can go just about anywhere. You can use it in an EPL codebase or GPL codebase without hesitation because it has only the bare minimum limitations, of liability and warranty, on its use.

Code licensed under MIT also retains flexibility for its author. Most F/OSS projects do not ask external contributors to sign a Contributor Agreement. As a result, if the authors of an EPL-licensed project want to relicense the project’s code, they must find and request permission from every contributor, who each hold copyright over their individual contribution. The authors of an MIT-licensed project can relicense the project’s code without copyright assignment. Of course, other users and developers can relicense this code as well. In many cases this is precisely what we want.

Often, when someone asks a library author if code can be used verbatim in an MIT or GPL codebase, the author is shocked by the question. "Of course!" they say. The ecosystem is full of friendly and generous folks, most of whom would happily see their code find new life in a foreign project. Unfortunately, the EPL does not permit that brand of generosity by default. The MIT License does.

Those who think to themselves, "I want anyone to use my code for any purpose but I also want to reserve the right to change my license in the future" are best served by the MIT License.

As always, if this post contains errors or requires clarification, please reach out so we can make the appropriate corrections.

Thank you to Jacob O’Bryant for suggesting this article. Thanks also to Sean Corfield, Michiel Borkent, Norbert Wójtowicz, and Dan Sutton for their feedback.

MIT campus aerial photo adapted from Wikimedia Commons under the terms of CC-BY-3.0.