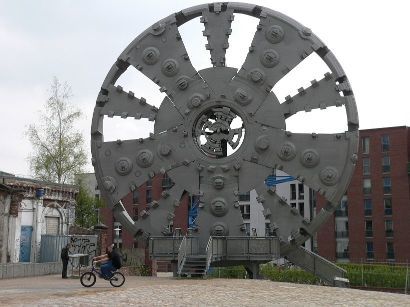 At JUXT we are fans of Datomic having used it for several of our projects. In this post I want to discuss our preferred deployment model into AWS (which could be extended to provide for other non-AWS cloud environments), using Terraform and Packer. pack-datomic is a small library that will help you provision your own Datomic Transactor.

Datomic ships with tools to generate AWS CloudFormation templates that will create a CloudFormation stack. In AWS, the transactor runs on an EC2 instance spawned from an official pre-baked Datomic AMI.

The main rationale for having the Transactor and Java run-time baked into an AMI, is so that when a machine is launched it has everything it needs to get going, rather than depending on scripts to go and fetch what it needs at a crucial stage in deployment.

The default Datomic transactor AMI is a good approach for getting going, but at some stage you may want to consider building your own AMI to give you more fine grained control. For example you may want to allow SSH access on the transactor so that you can more closely monitor the process. You may also want to embed agents onto the machine to capture logs or to distribute machine profiling metrics.

This is where Packer comes in. In our pack-datomic repository we have an extensible datomic.json packer template that you can use to build your own Datomic Transactor AMI. To build, simply run (substituting in the correct variables):

CloudFormation templates are not an ideal choice for storing infrastructure-as-code. CloudFormation JSON is verbose, unwieldy, lacks for comments, and doesn't have a modular structure.

Terraform has its own DSL that solves these problems, as well as providing an intuitive command line API that allows you to plan for and to make fine grained updates to existing infrastructure, as well as being cloud agnostic. Terraform is restricted in scope and doesn't solve every problem for you (i.e. configuration management where tools such as Ansible and Puppet may still feature), but so far we love it.

There is an implicit emphasis to make reusable Terraform modules, and that's what we've done in pack-datomic, providing a Datomic Transactor module. This module will create the relevant security group and IAM role permissions, an S3 bucket for logs, and an Auto Scaling Group with a Launch Configuration.

To use it, add to the module to your existing Terraform setup:

See the sample Terraform template for a setup example.

I originally bootstrapped Datomic and Terraform using Robert Stutterford's example that is more comprehensive (alongside other things, it adds a Datadog agent and Memcached); it's well worth checking out and is being constantly updated.