Do we want a blockchain, a database, or both? 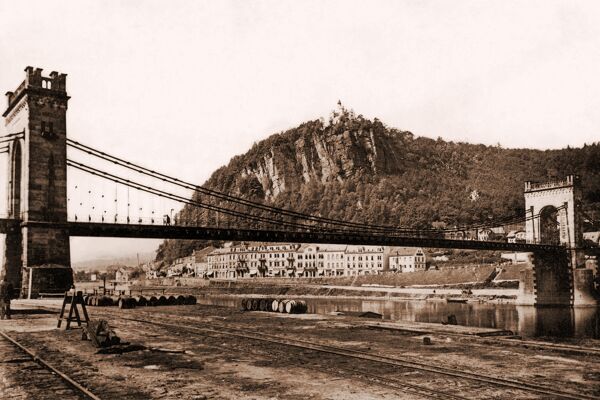 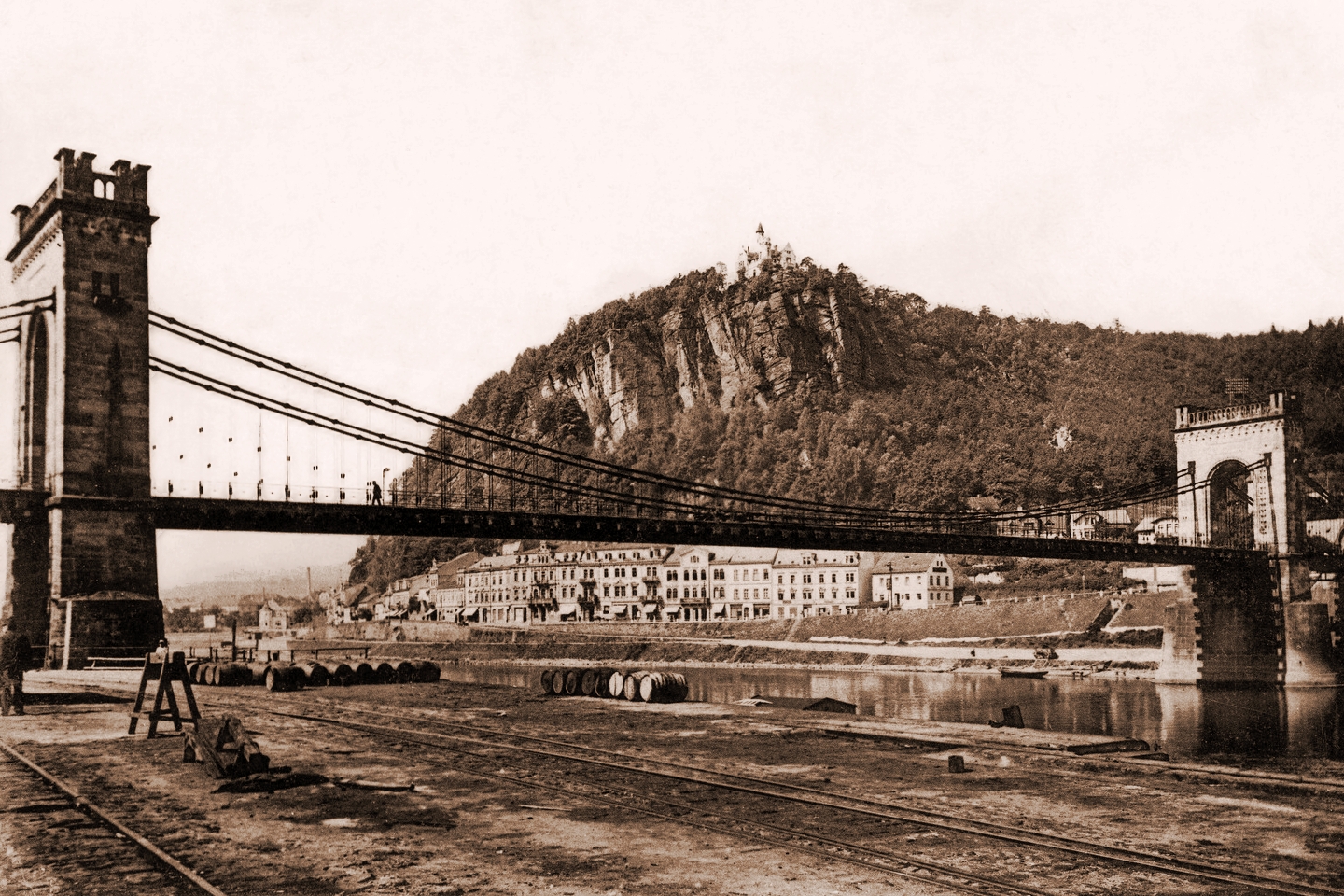 Proponents of the blockchain argue it is a system of record unlike any other, in which trustless transactions written to a decentralized, immutable ledger render centralized orchestration obsolete. That is a mouthful — but it is also an attractive collection of properties for certain industries; the centralization of data can lead to malfeasance and malfeasance leads to broken trust.

However, blockchains often lack other properties we expect from our datastores: general-purpose storage and powerful query languages, in particular. A new generation of immutable databases provide some middle ground but they do not provide decentralized, trustless transactions.

Strong leaders will eschew hype and look to solve the problems their business faces based on the merits of the technology. But if the problems of the business demand trustless transactions and sophisticated queries, they may feel like they have nowhere to turn.

To qualify as a "blockchain" in the sense the term is most often used, a ledger must exhibit specific behavioural properties across all the nodes, where a "node" is an actor in a distributed system tasked with maintaining an append-only, synchronized chain of transactions:

This is an extremely high-level overview, but in truth, blockchain systems are the simple combination of algorithms and datastructures which exhibit these behavioural properties. To go slightly deeper, we recommend 3Blue1Brown’s But how does bitcoin actually work?. Although it is ostensibly a visual bitcoin primer, the only bitcoin-specific concept discussed is "Proof of Work" (one of many possible consensus mechanisms). The first 18 minutes are broadly applicable and cover the necessary cryptography in an accessible way. After those 18 minutes, it should be clear why (and how) a blockchain is decentralized, why you can trust such a "trustless" system, and why cryptographic hash functions are essential to tie it all together.

Many blockchains also permit the recording and execution of code in addition to data. Known as Smart Contracts, this code can (and often must) be run by all nodes in the network, guaranteeing the same result given the same inputs. Smart Contracts are a means of implementing transaction logic. Results of their execution are then stored in the blockchain.

Thanks to his background in both law and cryptography, Szabo’s original paper actually covers more ground than common Smart Contract implementations on the blockchain. Szabo proposed a "Right to Adverse Possession" (formalized squatting) and technical solutions to the problem of "Correspondence to Ground" (reconciling contracts with reality).

As of this writing, Ethereum is the blockchain network most commonly associated with Smart Contracts, which makes it a helpful example. Ethereum Smart Contracts cannot engage the world outside of the blockchain directly. This makes sense: the fact a Smart Contract must return the same value wherever and whenever it runs implies that any dependency on information outside the chain must use a workaround. Proxies (such as Oracles) exist to work around this limitation by polling the dirty outside world of stateful data and recording it immutably into the Ethereum chain. But the problem is more fundamental than any technical solution can ever achieve. If a trustless system wants to speak to the Real World — a world full of lies and trickery — it is forced to trust something other than the computational correctness of an algorithm.

Even more limiting than the boundaries of a trustless system are the trusted methods of querying that system. Blockchains as they exist today do not offer comprehensive queries — much less bitemporal queries. Since a blockchain’s distributed nature makes capturing wall clock time prohibitively difficult, bitemporal queries are effectively impossible.

Can we just use an immutable database? Perhaps. But there are reasons blockchains exist. If all the characteristics outlined in A Blockchain Primer (Provenance, Decentralization, and Security) are essential to the behaviour of a system, a blockchain is a reasonable solution.

While there is no such thing as a truly "trustless" system, blockchains are perhaps the closest humanity has come thus far. An immutable database provides provenance insofar as users of the database trust the people who run it, the network’s security, the hardware it runs on, and the database software itself.

Newer databases such as XTDB (among others) introduce even more powerful tools on top of immutable records. In XTDB, it is possible to match data within Datalog transactions and define transaction functions that attach behaviours to data, cancelling or even altering transactions in-flight. Every record in XTDB defines its own temporal validity. This could in fact be used to represent expiration as described in the "Adverse Possession" section of Szabo’s whitepaper, but Valid Time affords the user much more: time-traveling bitemporal queries across every record in the system.

At JUXT, we imagined a way to combine the best of both worlds: blockchain’s distributed and trustless nature combined with the power of Datalog’s bitemporal graph queries.

Corda is an open source distributed applications system built on the blockchain. Unlike cryptocurrencies, the Corda blockchain targets existing business processes and is private by default. At the heart of Corda is a network of services called notaries — which provide uniqueness consensus, timestamping, and transaction validation — in addition to regular blockchain nodes running custom, distributed application code on the ledger. Data shared between these nodes consists of immutable entities subject to state transitions, recorded in their own chain of states.

Corda offers a framework for developers to write logic with a combination of Contracts and Flows. Contracts in Corda are comparable to Smart Contracts in Ethereum, right down to the use of Oracles for accessing the outside world. Flows, however, are permitted access to the outside world. Flows describe the interaction between nodes in order to validate one or more entities' state transitions. Crucially, not all nodes in the network must participate in such transactions — only the ones identified within the context of a transaction’s inputs. This implies not all nodes need to know about all the facts in the Corda network.

Consensus in Corda is dictated by notaries (for uniqueness) and Public Key Infrastructure (for identity). Nodes register with an identity service when entering the network and can either initiate or be triggered to participate in a transaction. All of the nodes participating in a transaction — including a notary — check and sign the transaction before it is committed to an individual node’s internal storage, which Corda refers to as a Vault.

Vaults contain States and Transactions. A State is an object representation of a current or historical fact. A Transaction references input and output States, as well as one (or several) Contracts used to approve its execution:

Corda is not a database, nor does it pretend to be. It extends the general definition of "blockchain" to include dissociated nodes, private data, and powerful distributed applications. But it remains difficult to use Corda alone for advanced queries:

While Corda does perceive the difference between a consumed and non-consumed State (present and past versions of a fact), we cannot rewind the ledger to a particular point in time to contextualize queries:

Queries in XTDB can place the observer at any arbitrary point in time. Corda’s time model is quite different, capturing a fact’s linear evolution rather than its validity.

The following examples assume we have data about movies and people (cast members, directors, etc.), each modeled and inserted separately. We are trying to find the title of all movies where Sylvester Stallone was part of the cast.

Here is a query with data modeled in Corda States:

Here is the same query in XTDB:

Corda is primarily written in (and for) Java and Kotlin, which makes it very easy to integrate with XTDB. We can run XTDB alongside Corda nodes, and call upon XTDB functionality within the context of a transaction Flow.

The xtdb-corda library enables Corda State data to be piped into XTDB. By querying XTDB instead of the Corda node we can express temporal queries over historical and current States.

The simplest way to use the library is by specifying a mapping from Corda States to XTDB documents, which can be done automatically by implementing the XtdbState interface on our Corda State classes, as shown below. Users who want even more flexibility over their mapping can use withDocumentMapping for full control over what is written to the XTDB transaction log.

With the XtdbState approach, we describe a Corda schema inside State classes as if we were modeling our data in a pure Corda application. Additionally, we encode the same data as a map of String → Any. XTDB can consume and reason over this map contained in the xtdbDoc value, while keeping track of evolving versions of the State thanks to xtdbId:

The xtdb-corda library extends the XTDB node with a custom transaction log that subscribes to validated States derived from transactions. This allows the user to write a custom @CordaService to define how States are recorded in XTDB. Here is the simplest implementation:

Finally, we can issue queries simply by calling the query method on the xtdb instance:

Using this approach, we are now able to automatically replicate the vault contents of any Corda node into XTDB. We can use XTDB Datalog queries to drive transaction logic accross multiple State types and harness the power of Valid Time temporal queries.

Corda is a powerful, business-first blockchain. XTDB is the world’s only open source, immutable, bitemporal graph database. Collectively, they create an open source solution for a new generation of businesses that require all these behavioural characteristics.

Of course, Corda isn’t the only blockchain. If your company is working with other blockchains capable of Byzantine Fault Tolerance or Smart Contracts, such as Tendermint or Ethereum, we would love to hear about what you’re building: hello@xtdb.com